BEIJING – China’s mid-and-small businesses have not experienced large scale bankruptcies, although they have suffered from rising production costs, a central bank official said Thursday amid fears of mounting factory closures in the country’s south.

The number of bankrupt companies in Guangdong and Zhejiang provinces, where many small firms are based, has not risen significantly and was much lower than that two years ago during the global financial crisis, said Wu Xianting, deputy director of the financial market department of the People’s Bank of China (PBOC).

“A number of small companies had experienced some difficulties due to higher prices of coal, electricity and other raw materials, as well as rising labor and financing costs,” said Wu in an online interview with www.gov.cn, the Chinese government’s official website.

The closure of some enterprises is a result of the government’s strategy of upgrading the outdated industrial capacity, said Zhang Xiaosong, an official in charge of small business financing at the China Banking Regulatory Commission, the nation’s banking watchdog, also on Thursday’s online interview.

Against the backdrop of a prudent monetary policy, loans to small businesses accounted for a higher percentage of total lending in the first half of this year, Wu said.

By the end of June, the total balance of loans to small- and mid-sized companies stood at 20.1 trillion yuan, a rise of 18.2 percent from a year ago, he noted.

In an effort to curb escalating inflation by soaking up liquidity, the central bank has ordered the nation’s banks to set aside a record high of 21.5 percent of their cash in reserves and has also increased benchmark interest rates five times since October.

The central bank also stressed the need to adjust the lending structure by giving more support to small businesses and the rural sector, both of which generally have less access to bank lending compared with large, state-owned firms.
“The current changes fit our expectations,” Wu said.

He also encouraged institutions to enhance financial innovation and broaden fund channels for small firms.
The central bank is working with other relevant ministries to study the expanded implementation of the securitization of the credit assets of the small firms to diversify their funding sources, Wu said.

The new program allows banks to sell securities, collateralized by small firm’s assets with less liquidity but with foreseeable returns, at the inter-bank market.

In October 2008, PBOC approved the China Zhejiang Bank, a Hangzhou-based commercial lender, to issue such securities worth 696 million yuan on a trial basis.

Wu said the central bank will push forward the pilot program in a stable manner.

This artical trasferred from China Daily, by www.nicegiftbox.com.

Paper handbag printing is also becoming popular. People hope that their handbags are not only practical, but also beautiful, so... read more 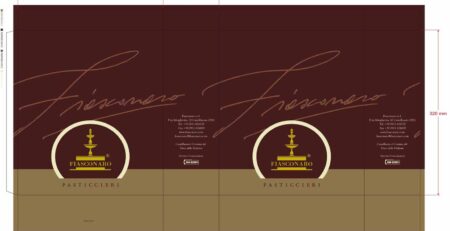 In the modern business activities of enterprises, the most indispensable is publicity. “Handbag” is like an activity advertisement, which... read more

Cardboard Gift Boxes: Things You Should Know When it comes to giving gifts to your family, friends, and love ones... read more

Gift Boxes: A Simple Guide If you go shopping around, there will be many choices to see in both local... read more

American manufacturing Sticking it to China

American manufacturing Sticking it to China   A factory in rural Georgia helps East Asia eat   ASK someone to write down all... read more

Global market to be volatile for years: Australian MP

Global market to be volatile for years: Australian MP   CANBERRA, Aug. 24 (Xinhua) — Uncertainty and volatility are likely to... read more

Situation on printing and packaging industry trade in the second half of 2011   According to customs statistics, 1-June, China’s import and... read more