According to customs statistics, 1-June, China’s import and export value $ 1.35488 trillion, up 43.1% over last year. Which exports $ 705.09 billion, up 35.2%; imports 649.79 billion U.S. dollars, an increase of 52.7%. The rapid growth of foreign trade, not only stimulating our economy, promote world economic recovery has also made great contributions.
In the first half, China’s exports restorative growth significantly. In January, exports grew 21%, exports have been restored to the same period in 2008; 2-5 months, the monthly growth rate of exports were up 45.7%, 24.2%, 30.4%, 48.5%, in addition to the Spring Festival in February is not comparable due to addition, exports rose out of a sharp curve. In June, China’s export value of $ 137.4 billion, an increase of 43.9%, setting a July 2008 the historical record, a record monthly high. While the printing and packaging industry, there have been significant growth trends, such as printed circuit board on the first half of Hunan Province, was several times the number of times the growth of Shenzhen (for details see “the first half of the printed circuit and other foreign Gordon $ 6.3 billion.”) .
National Development and Reform Commission Zhang Yansheng, director of Foreign Economic Research that the rapid recovery of export growth, the main benefit from the first half of the world economic recovery significantly, foreign stocks to cover, external demand growth. As the comparative advantage of China’s traditional export commodities still, once the market pick up, restore growth is inevitable. In the first half, I am in Europe, America, Japan and other major trading partners, with exports up, an increase of 36%, 28.3%, 25.2%.
However, recovery is accelerating all the way to import and export is not flat. Overall, by the European sovereign debt crisis and other factors, the process of world economic recovery is still twists and turns, there is a big trend of foreign trade is still uncertain.
Ministry of Commerce researcher, said Zhang Haiyuan, the current European sovereign debt crisis still continues, subject to the risk of large fiscal deficits and inflation containment, recovery is not solid. The next few months, as the European sovereign debt crisis deepened, the negative effects of China’s exports may gradually appear.
The face of complex international and domestic environment, to maintain stable development of foreign trade, “structural adjustment” has become a priority. Printing and packaging enterprises to actively promote the transformation and upgrading of processing trade, to develop trade in services, to improve the technological content of foreign trade, added value and competitiveness.
Printing companies to accept orders from overseas can be divided into two ways, one is directly to overseas customers, the realization of this approach need only know how to have a trade, but also understands the printing of the team to open up markets abroad; second is through the middle platform to undertake outside the single. With the development of printing technology has been standardized implementation of domestic printing quality, management, service quality can compete with overseas markets, while there is a certain cost and price advantage, how to be perceived overseas customers also get the attention of a Indian enterprises should focus on the key. In the textile, garment, machinery manufacturing export sector, some companies are actively planning to build factories in foreign investment, production and sales, build their own marketing channels and distribution base, re-layout of the global production management system. “Investment to stimulate exports,” many companies are being optimistic.
Looking ahead, despite many uncertainties, but our printing and packaging industry, the competitiveness of export products still exist, with the export structure further adjusted, with a stable domestic environment and the pace of recovery in emerging markets, prospects for foreign trade still remain. ” cautiously optimistic. ” Experts said that as long as the rainy day, while avoiding disadvantages, external demand continues to maintain policy continuity and stability, the second half of China’s foreign trade still maintain a relatively stable growth.

Where are the Chinese packaging companies?

In the design of handbags, we need to design more than one surface. In many companies, we often find... read more

Heidelberg announced its withdrawal from the drupa show 2021

On the evening of July 8, Beijing time, Heidelberg, the world’s largest printing equipment manufacturer, announced that it would... read more

Print and Packaging Companies Are at War With Each Other

Print and Packaging Companies Are at War With Each Other     CONCORD, Calif., Aug. 18, 2011 /PRNewswire/ — As millions continue... read more 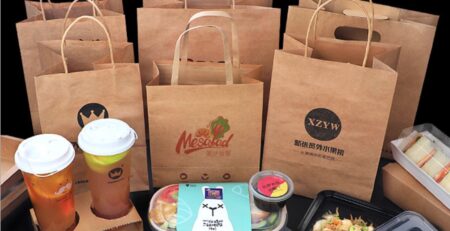 If you often go shopping in shopping malls, you will find that kraft paper bags are widely used in... read more

The coronavirus is still raging around the world. Paper is the raw material of the paper packaging industry. The... read more